Many of us have had the thought, “If I were in charge, I’d do things differently.” But while most of those thoughts don’t translate into actions, sleep physician Joseph Krainin, MD, FAASM, actually turned his vision into reality—for himself and for patients across the United States.

With the web launch of Singular Sleep in November of 2015, Krainin entered new territory. Board-certified in sleep medicine and neurology, he’d until that point traversed a traditional sleep medicine career path, which included stints in private practice, academic medicine, and the private sector. But with Singular Sleep, Krainin would now be available for virtual appointments only. At the “virtual sleep center,” headquartered originally in South Carolina and recently relocated to Florida, he uses telemedicine for all consults, diagnoses, therapies, and long-term management.

“We hit the ‘go live’ button for singularsleep.com on Veterans Day 2015. One week later the AASM launched its telemedicine platform. I thought, ‘We’re doomed,’” Krainin says.

Though not doomed, Singular Sleep did get off to a slow start. “I remember our first sale and being so psyched. It was a white noise generator,” he says. “After we did the math and took into account shipping, etc, we realized that we had actually lost money on the transaction.” Loss notwithstanding, Singular Sleep now had a revenue stream—and it is growing.

Now, three years later, Krainin has a full schedule of patients each week. The majority are self-referred and the rest are typically referred by primary care providers.

Jacqueline Rubio is practice manager at Singular Sleep. She handles big-picture tasks such as maintaining inventory, troubleshooting technical issues, and patient communication for nonstandard situations. She is also Krainin’s wife. “I never had any misgivings about Joseph’s decision to leave the traditional route of practicing medicine and start Singular Sleep because the vision that he described to me was so unique, timely, and clearly thought-out,” she says. “His assessment of the current state of medicine and its future, along with the extensive amount of planning and self-education he had undertaken, convinced me that this business was bound to be successful.”

As a telemedicine practice, Krainin can be more flexible than bricks-and-mortar facilities in meeting patients at their convenience. Of course, sometimes people take that flexibility too far. “I’ve had to have some bizarre conversations with people who tried to do the consultation while driving,” Krainin says. “Texting while driving is bad enough but doing a video-consultation?” Perhaps the most extreme example is a patient who logged in from behind the wheel of a Tesla. Krainin says, “I started in with my typical, ‘You’re going to have to pull over if this discussion is going to continue,’ and he said, ‘Doc, don’t worry; it’s a self-driving Tesla!’”

After a consultation, Singular Sleep mails home sleep tests to patients as indicated. And for therapy, Singular Sleep has a durable medical equipment arm, which mails equipment such as CPAPs to patients who need them. Equipment troubleshooting and desensitization is done—”the same way I did it in my traditional practice,” Krainin explains, albeit by videoconference instead of in person. He virtually walks patients through steps such as, “Put the mask on in the evening, when you’re in a relaxed state and watching TV or reading…” He adds, “Cloud-based data acquisition capabilities have been revolutionary in PAP management. Forget about taking your machine or smartcard anywhere. When a patient is having a problem, we can see what’s going on immediately by getting a download remotely. Of course, we can also adjust machine settings remotely now too.” 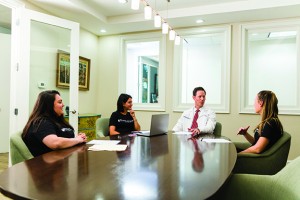 Singular Sleep’s protocols are not without controversy. Particularly when it comes to the specific patient populations it diagnoses via home sleep testing (HST)—including people with comorbidities and children. “At Singular Sleep, we put the power to order the test in the hands of the patient. The days of patriarchal medicine are supposedly over but we’re still clinging to some vestiges of it,” Krainin says. “We have information on our website about the reasons why an in-lab sleep study might be better in certain situations and let the patients decide what they want to do.”

In the American Academy of Sleep Medicine’s view, “Research data clearly show that HSATs [home sleep apnea tests] are most accurate in adult patients with no complicating conditions and an increased risk of moderate to severe OSA. Outside those boundaries, the evidence is clear that HSATs may not provide the most appropriate diagnostic data. Therefore, it is illogical to expect an HSAT to work effectively in all patient populations,” says AASM president Douglas Kirsch, MD, who cites a task force of experts who systematically reviewed literature and graded the evidence for the AASM-approved clinical practice guideline published in 2017.1

Krainin says, “From a logical standpoint, it doesn’t make any sense why a testing apparatus designed to diagnose sleep apnea shouldn’t be used to diagnose the entire gamut of sleep-disordered breathing syndromes. To me, those exclusion criteria for HSTs amounted to throwing a financial bone to existing brick-and-mortar sleep centers when HSTs were finally accepted into the mainstream. Bottom line: If you want to know if the patient has sleep apnea or not, which probably accounts for something like 98% of all sleep study referrals, then an HST with good quality data is going to provide the answer. In 10-15 years, it’s hard to imagine that virtually all sleep diagnostics testing won’t be done at home.”

AASM’s Kirsch agrees that in the future more testing for obstructive sleep apnea (OSA) is likely to be done at home, but counters, “I anticipate that laboratory-based polysomnography will still be required to evaluate patients at risk for OSA who have other complicated medical conditions as well as those suspected of having other sleep disorders.”

The other controversial demographic is pediatrics. Singular Sleep offers home sleep testing to children ages 7 and up with the Nox-T3 device. (The Nox-T3 was FDA approved in 2009 for people greater than 2-years-old.) Krainin says, “I’m surprised at the massive wait times that some of these parents face to get their child into a brick-and-mortar lab that performs pediatric tests. These kids, and their concerned parents, are really suffering. There is definitely a learning curve with getting good data but we’ve found a process that results in a fairly high probability of sufficient data. We are up-front in our messaging that the AASM says in-lab studies are the gold standard for children but also that the AAP [American Academy of Pediatrics] says that HSTs can be an alternative in certain situations.2 I predict the AASM will change its tune on this topic in the not-too-distant future; we are just ahead of the curve.”

But the AASM’s view, as articulated by Kirsch, is, “The AASM strongly supports patient-centered efforts to make sleep medicine testing more convenient and accessible. However, diagnostic and therapeutic decisions must be guided by objective evidence, and currently there is insufficient evidence to support the standard use of HSATs in children.” He cites a position paper published in 2017 in which a task force found insufficient evidence comparing HSATs in children to polysomnography, even less evidence available in young children and those with comorbidities, and a lack of studies evaluating the use of HSAT in the home with sensors applied by a caregiver.3 “The task force also was unable to identify literature on the use of HSAT devices that can identify arousals or monitor carbon dioxide for the evaluation of hypoventilation, which is important data in the assessment of sleep-disordered breathing in pediatric populations,” he says, adding, “I would welcome the publication of data supporting the accuracy of HSATs in pediatric populations, and I anticipate that sleep apnea testing in the home eventually will become a more viable option for children as diagnostic technology continues to advance.”

The demographic where Singular Sleep is making the biggest difference, in terms of number of patients served, is people in their 50s. Indeed, in 2017, an AARP initiative (administered by MedCity News) recognized Singular Sleep as a healthcare industry “50+ Innovation Leader” for bringing innovation to Americans aged 50 and older.

“I’m fond of saying that everyone is on his or her own journey with sleep apnea. Sometimes it takes people decades to move forward from the ‘precontemplation’ to ‘action’ stage. In my experience, this step often occurs in the sixth decade due to either becoming symptomatic during the day [excessive daytime sleepiness] or manifesting a medical disorder, like hypertension, that’s likely to be related to sleep apnea,” Krainin says. “This age group is relatively tech savvy, fed up with the current ‘this is the way we do it because we’ve always done it this way’ mentality of Big Healthcare, and looking for better, more convenient solutions.”

At Singular Sleep, Krainin has treated restless legs syndrome, insomnia, and circadian rhythm disorders via telemedicine. Cognitive behavioral therapy for insomnia (CBT-I) is “particularly well-suited for this type of healthcare delivery given the dearth of qualified providers and concentration of them in a limited number of metro areas,” he says.

Krainin sometimes encounters people who ask for prescriptions such as Provigil or Adderall for narcolepsy (whether diagnosed or not), and he says, “The answer is always ‘no.’ For various reasons, prescribing controlled substances is not currently part of my practice.” 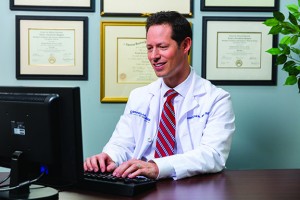 Consultations are done via videoconference.

Krainin is licensed to practice medicine in more than 40 states. Those licenses have been hard-earned. “It was a huge burden and included flying to Mississippi to sit for their jurisprudence exam and having to take a course to sit for Texas’ challenging jurisprudence exam,” he says. “The state licensing racket is a complete bear to deal with. There should be reciprocity between states.”

As of yet, accepting third-party payors isn’t part of Singular Sleep’s strategy. “I wouldn’t say it’s completely off the table but getting out of the hospital-insurance medical complex was definitely one of my biggest motivators to start the company,” Krainin says. “I had come to feel like I was just an agent of the insurance companies. That’s not why we doctors go through the pain of medical school and postgraduate training.”

Many of the rewards and challenges of operating a virtual sleep center are the same as those encountered by bricks-and-mortar centers. Singular Sleep clinical director Katie Simms, says, “The most rewarding part of my position is the expressions I have heard from our patients once they have started their therapy such as, ‘My CPAP has been life-changing!’ ‘I forgot what it felt like to feel good,’ and ‘My spouse has moved back in the bedroom.’” A challenging aspect is helping patients who are resistant to therapy, such as “not wanting to wear a mask or sleep with a machine, or they are embarrassed to sleep with their significant other with the machine and mask,” Simms says, adding, “but because I’m convinced and witness every day that they and their significant others will benefit from the therapy I do my very best to get them excited about starting therapy and the benefits that they will derive from it.”

Krainin has this advice for other physicians who want to add or increase their telemedicine use: “Don’t use Skype because it’s not HIPAA compliant!”

And for other sleep physicians who want to turn their—perhaps controversial—thoughts into action, Krainin says, “We need more entrepreneurial doctors. On the whole, we have become passive agents of the system. Doctors need to reassert their positions as the captains of the healthcare team. By becoming more entrepreneurial and developing an understanding of business and economics, there is tremendous opportunity for us to both reduce healthcare costs and improve outcomes while enhancing our job satisfaction.”