Being able to snooze while traveling from point A to B has its appeal. Just don’t expect it to resolve most of the country’s sleep problems.

The recently revealed Volvo 360c concept car has made waves, crystallizing the idea of a fully autonomous self-driving vehicle that would conceivably have no need for human control or intervention in most driving environments. Volvo’s concept car would have consumer appeal via two key benefits: it would safely take passengers wherever they need to go, while simultaneously allowing them to fulfill other tasks during the drive, whether that be sleep, work, or play. While still just an idea and not yet in production, the multitasking car has appeal for the ever-increasingly-busy American.

Anyone in the sleep world knows that sleep deprivation is a nationwide public health concern—one in three Americans are sleep-deprived, leading to a host of issues that affect nearly every aspect of a person’s life, from physical health to work productivity to personal relationships. And as we look to America’s future, it’s likely that we’ll only become busier. As technology improves and the tasks we’re able to complete in a day become more numerous, the concept of a dual-purpose vehicle that would allow passengers to get things done (even if that thing is sleep) while traveling to their destination is an attractive one.

The question isn’t if self-driving cars will ever become a reality; it’s the inevitable future. Congress has even passed bipartisan legislation to ensure the safe development and deployment of self-driving cars. With drowsy driving being a factor in an estimated 328,000 motor vehicle crashes annually and with 9.5% of all crashes involving drowsiness, according to the AAA Foundation for Traffic Safety, autonomous cars will undoubtedly make our roadways safer. But, from the perspective of each individual person’s health, the ability to fall asleep in a car is merely a bandage for a chronically sleep-deprived America…nowhere close to the cure.

Unless a person is riding in their self-driving car for 8 hours non-stop, every day, the sleep debt that could feasibly be made up while sleeping en route is minuscule. People need 7 to 9 hours of uninterrupted sleep every single night, and most just aren’t getting it. The solution to chronic American sleep deprivation is not the discovery of a new place to nap for 15- or 30-minutes while multitasking. It is prioritizing the importance of quality uninterrupted slumber at night.

As a dental sleep medicine practitioner, I see every day the many ways in which sleep deprivation can affect a person’s life, sapping them of their energy, often hurting their relationships, and putting them at risk for a number of comorbid health concerns. And, if the issue is one of productivity, research conclusively finds that sleep deprivation is detrimental to the workplace, associated with a greater likelihood of missed work days and lower work performance.

This holds particularly true for the apneic. Without treatment for sleep-disordered breathing, no sleep, even sleep in a tech-forward car, is valuable or restorative.

So, how do we change our pervasively busy, always-on American mindset? While the issue is large, and the ultimate solution murky and ambitious, a nationwide public health campaign that stresses the importance of sleep is sorely needed. Once Americans are more informed on how sleep—and the lack of it—has long-term effects for the mind and body, they will be more apt to structure their days in a way that allows for quality rest at night.

The other side of that public awareness coin is increased recognition for not just the importance of sleep overall, but on the prevalence of obstructive sleep apnea in Americans. Dental sleep medicine practitioners know, perhaps better than anyone, just how underdiagnosed this disease is, but the American public is still largely under-informed about its pervasiveness. One study found that men with a with a BMI>31 who had been elbowed or poked at night because of their snoring had a specificity of 96.6% for a diagnosis of obstructive sleep apnea, and it’s estimated that 80% of moderate and severe cases remain undiagnosed, making it possibly one of the most under-diagnosed health conditions in the nation. 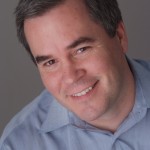 It’s time for America to wake up to the absolute necessity of sleep. As our nation becomes more efficient, more mobile, and multi-modal, quality sleep will perhaps become a lower priority for many. But the exact opposite is needed. Nationwide awareness begins with us, practitioners in the field of sleep. Let’s take it upon ourselves to regularly have conversations about the importance of quality rest in our offices, yes, but let’s also encourage better sleep patterns in those we love, raising awareness even inside our personal circles. Chronic sleep deprivation is certainly an American epidemic, but we play a key role in helping solve it.

Jeff Rodgers, DMD, D-ABDSM, D-ASBA has been in private practice for over 20 years, specializing in both general dentistry (primarily restorative, implant, and cosmetic dentistry) and dental sleep medicine. A Diplomate of both the American Board of Dental Sleep Medicine (ABDSM) and the American Sleep and Breathing Academy (ASBA), Rodgers is a board-certified expert in sleep, treating patients who suffer from sleep breathing disorders at his practice in Dunwoody, Ga. He provides seminars locally and nationally throughout the year on sleep issues and oral appliance therapy as a treatment option to raise awareness for the common, but often undiagnosed, condition of sleep apnea. Rodgers earned a BS in biology from Lee University in Cleveland, Tenn, and is a 1995 graduate of the University of Alabama School of Dentistry.